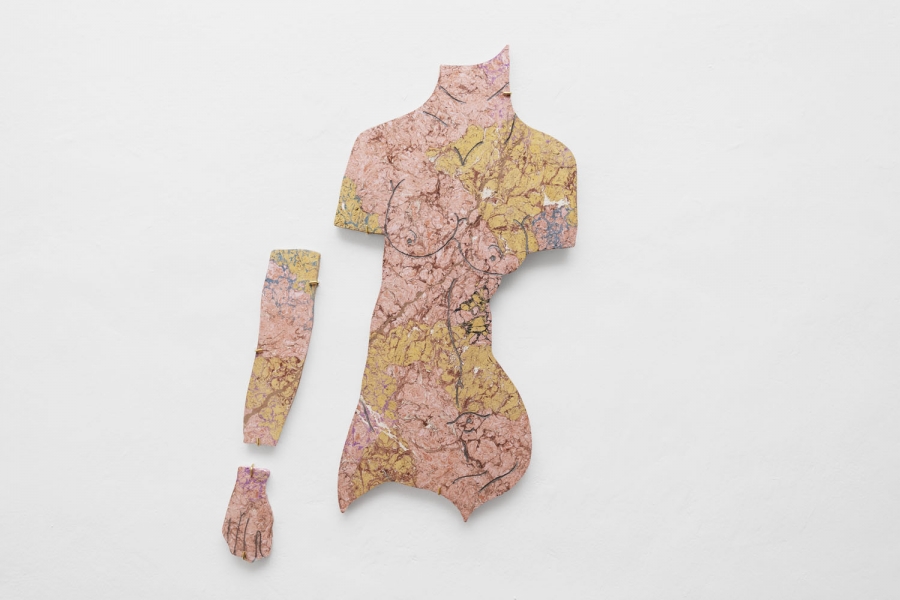 Caterina Morigi’s works invite the observers to question themselves about their ability to discern reality from its simulation. The works created for the exhibition Caterina Morigi. Honesty of matter are the result of a research on the stone and its representation that the artist has developed in recent years. Her attention has focused on the marginal role that the stone has played in the history of art and architecture. It has been used over the centuries for the creation of art but little considered as a subject as matter. We continued at the same time to admire and imitate it by reproducing its appearance in painting.

In the hall of honor of Villa della Regina, twelve stones and their porcelain simulacra are placed according to an arrangement that pays tribute to the architectural squares designed by the architect Filippo Juvarra and created by the painter Giuseppe Dallamano in the early years of the fourth decade of the eighteenth century. The salon offers a spectacular illusionistic effect to the observers: columns, reliefs, volutes, corbels, tympanums and other structural components in stone are a trompe-l’oeil with a convincing effect of presence and reality[1], made even more evident by an extraordinary use of colour, bright and brilliant, aimed at searching for absolute mimesis of the elements represented. According to the scholar Rita Binaghi: “We are faced with an almost photographic effect, which also re-proposes the aseptic conditions of the mechanical means of reproduction; the sensation is that of the objective description of nature in a scientific sense. According to Dallamano, the squares are the mirror of the real world and aspire to create architecture, without declaring any instantly recognised fiction. (...) The search for a psychologically enveloping and engaging atmosphere, according to him, had to happen all and only through the rendering of the architectural image”[2]. 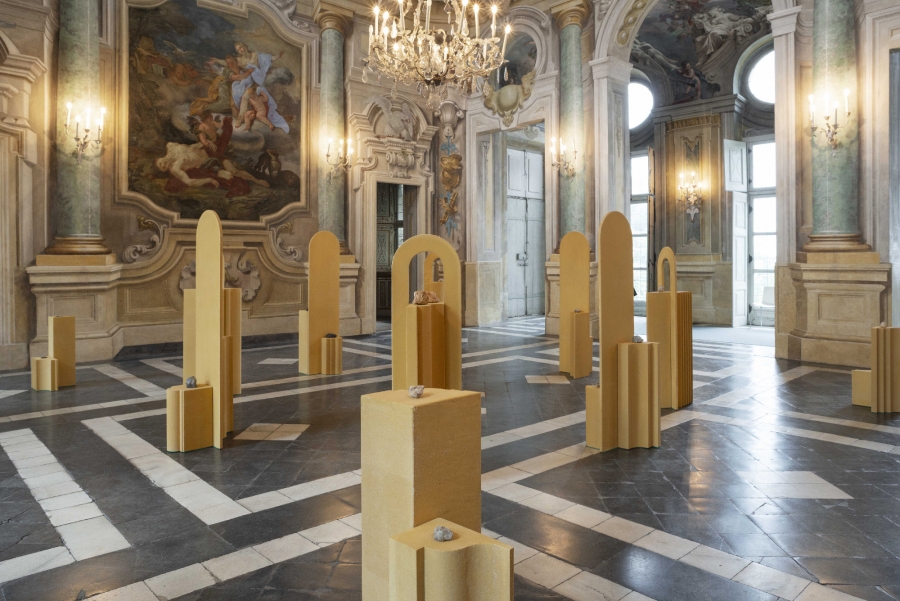 The illusion in Dallamano’s trompe-l’oeil still remains a convention of visual perception, failing to really mislead its viewers who are able to Caterina Morigi’s work is related to Dallamano’s trompe-l’oeil by investigating the artificial reality simulation inherent in the representation of the stone. In Honesty of matter (Sculptures), 2019, the artist elevates a series of twelve stones, taken from the places that have most characterized her research, into an artistic object, paying homage to them with their own portrait realized with the precious material of Capodimonte porcelain. The formal mimesis of the simulacra seems to deceive the eye because their three-dimensionality contributes to grasping a greater degree of similarity with the original, but it is by dwelling on the details and contemplating the material that this honestly reveals its own reality.

Caterina Morigi also mimetically reproduced the colours present in Dallamano’s architectural quadrature on a selection of the porcelain simulacra. Following a meticulous sampling of the shades present in the representations of marble colonnades and stone ornaments, in the production process she experienced the actual capacity of the material to embrace imitation. 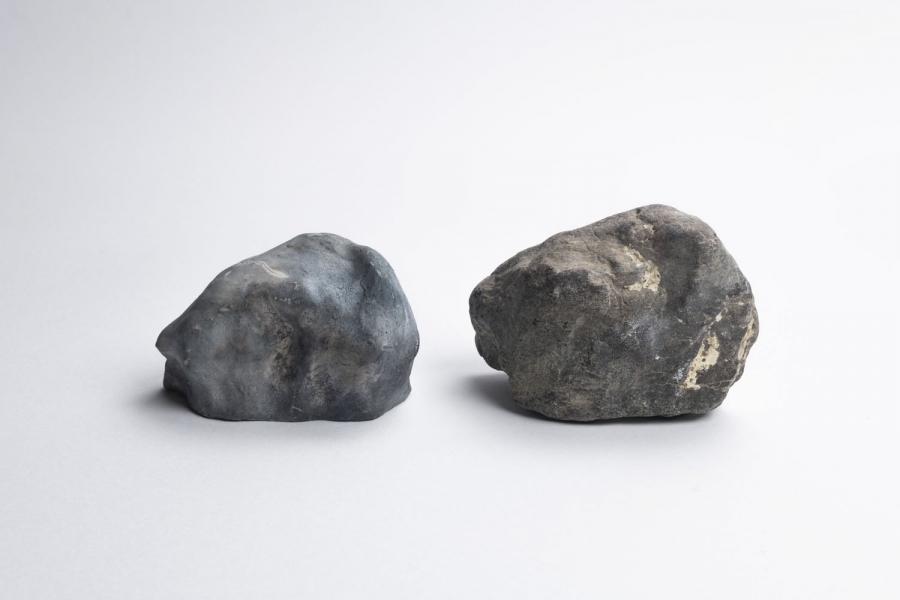 The installation thus presented is a consequence of the artist’s research on the subject of copying, already discussed in the work Portrait, 2016, in which, starting with a scrap stone with a rough surface, Caterina Morigi entrusted to a numerically-controlled machine the creation of a mirror image thereof. Related to the theme of the portrait of a stone, it is interesting to mention as a formal precedent the work Essere Fiume, 1981, by Giuseppe Penone, declined in different variations over the decades [4]. Caterina Morigi’s installation presented at Villa della Regina instead, finds a visual precedent in the work To Fix the Image in Memory I-XI, 1977-82 by the Latvian-American artist Vija Celmins, included in NYC’s MoMA collection, which presents eleven stones and their bronze casts painted in such a way that they resemble as much as possible the original stones.

For the Artist-run Space Mucho Mas!, Caterina Morigi presents the work Honesty of matter (Sectilia), 2019, a two-dimensional installation created using Rima’s artificial marble technique. The work is presented as a series composed of seven elements that reflect the shapes of sections of the human body represented in some marble fragments processed in opus sectile from Roman times. This ancient technique applied to the figurative composition employed marble slabs (crustae) of various sizes that were carved and engraved to recreate the anatomical shapes of the figures. In relation to the artwork created by Caterina Morigi, it is interesting to know how already in Roman times the stains of the rarest stones were recreated in painting. A slab of white Luna marble could be painted in imitation of the Skyros, Sinnada and Aleppo stones [5].

Caterina Morigi’s attraction towards stone lives of the suggestions that sometimes emerge from the marble surfaces. In particular, some of the finest marbles, such as Giallo antico and Skyros marble, show plausible similarities with the human complexion. The different colours and the irregularity of the veins seem to depict human bodies with their scars and ravages of time which, fixed in marble, challenge the organic decadence of the body. Therefore, the artist employed artificial marble to create new compositions, whose suggestion is entrusted to a panic fusion between the natural element and the anthropic one. A further reference to the human occurs through the enlargement of proportions of the original opus sectile fragments, which in the new artificial marble installation are adapted to the observer’s prospective perception. The method itself in which the copies are generated is also interesting. According to the artist, the tecnique of Rima artificial marble recalls the revelation process of the analogical photography printing. In this work the original emerges as an echo of the copy and it is up to the viewer to trace the effect of reality into the veins of matter. 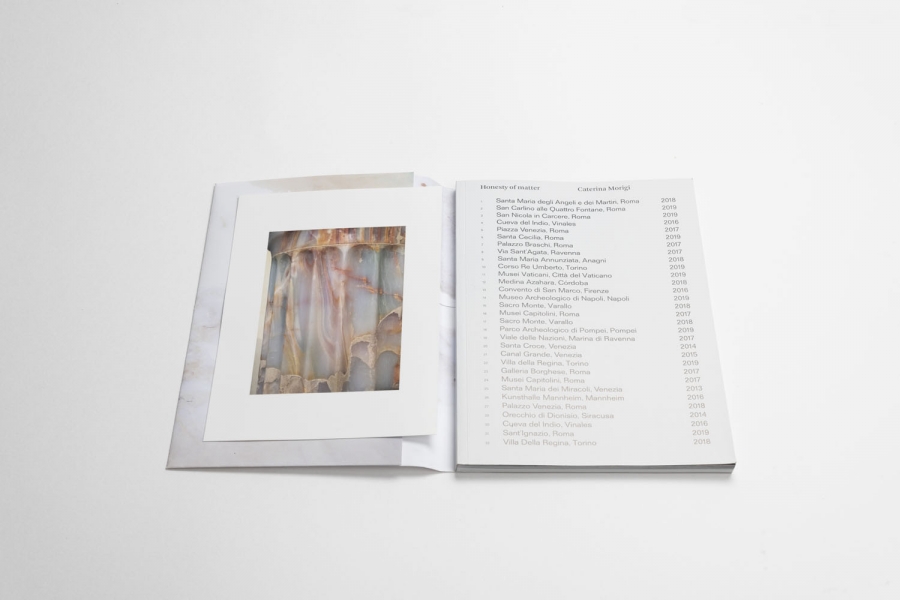 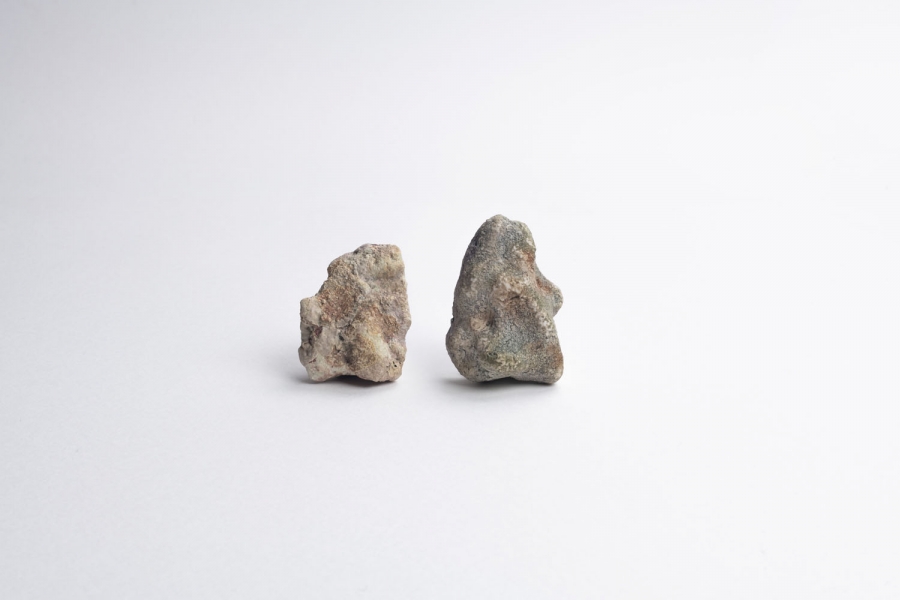 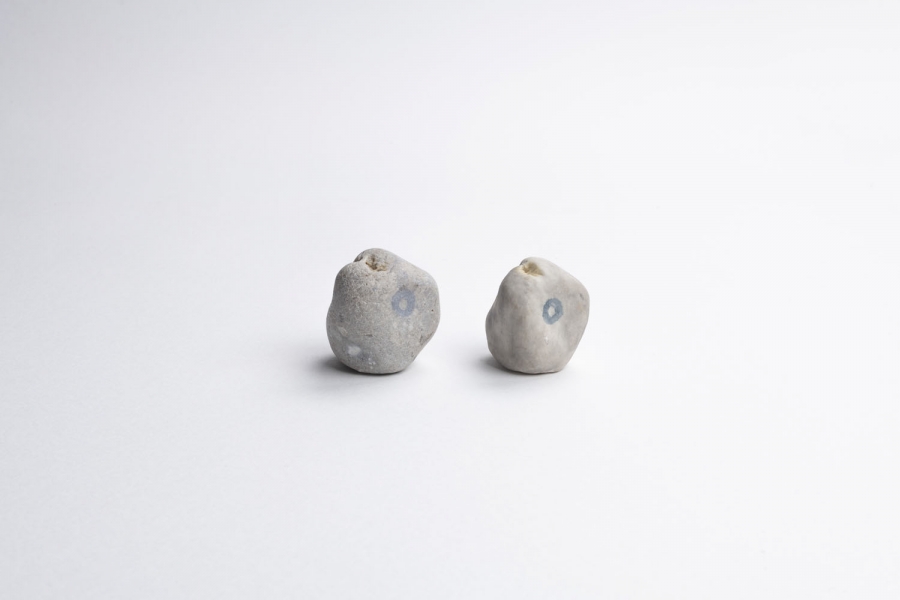 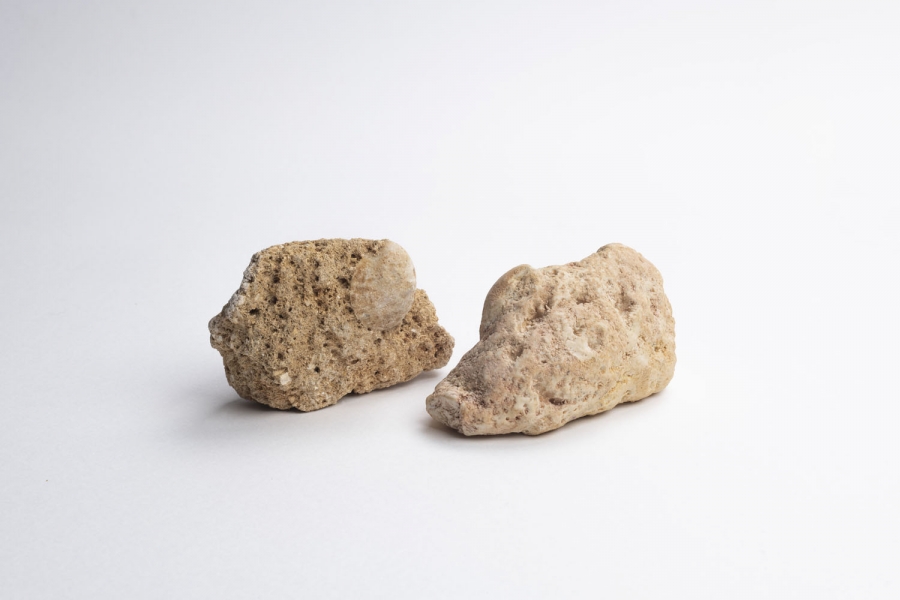 An exhibition produced by Mucho Mas, in collaboration with Polo Museale del Piemonte and Direzione Villa della Regina, with the support of Compagnia di San Paolo as part of ORA!X Pathways for creatives under 30, with the patronage of Comune di Torino, Regione Piemonte and Consiglio Regionale Piemonte.